ACS (the Association of Convenience Stores) has raised concerns about the complexity of proposals to track the progress of legitimate tobacco products through the supply chain.

New draft regulations from the EU Commission would require UK retailers and wholesalers to register and pay to receive unique ‘identifier codes’ in order to sell tobacco products.

Despite the directive referencing that only the ‘last economic operator before the retailer’ would be affected, the regulations require retailers to register to buy tobacco products and to track each purchase of tobacco from a wholesaler.

ACS chief executive James Lowman said: “It is important that we tackle the illicit tobacco market throughout the supply chain but these regulations would place a significant cost and time burden on retailers, requiring them to register and pay for identifier codes for both their overall business and each individual store, and produce them each time they purchase tobacco.  We will be working with the UK Government and EU commission to amend the regulations.”

The EU Commission consultation runs until 2 October for all stakeholders to provide feedback and ACS will be responding to the consultation.  EU member states, including the UK Government, will have opportunities to amend and block the regulations.

ACS has welcomed Local Government Minister Marcus Jones’ intervention to speed up the process of rebilling businesses that are waiting for rate relief.

In a Commons statement, he said: “The Government has been consistently clear that it expects local authorities to make rapid progress in helping business by implementing these relief schemes.

“Overall, however, despite various examples of good practice, the pace of providing relief to ratepayers has not been acceptable. I have written today to those authorities that have not fully implemented all three schemes asking them to rebill businesses that are set to benefit from relief as soon as possible.”

Mr Jones added that he will be publishing a list of authorities that have rebilled businesses who have been affected by each of the three relief schemes next month.

The schemes include a £300m fund for local authorities to give to hard-pressed businesses facing higher bills and funds that limit annual increases to £600 for those losing either small business or rural rate relief.

ACS chief executive James Lowman said: “Business rates are one of the biggest fixed costs for thousands of local shops and other small businesses, with one in three convenience stores forced to deal with an increase in their rates bills as a result of the revaluation. We welcome the Minister’s intervention on this issue, and hope that it can be resolved swiftly so that businesses can receive the relief that they’re entitled to.”

The Government had previously set a deadline of September this year to have new bills with business that had been affected. 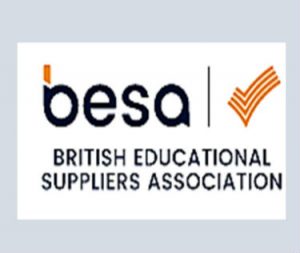 The British Educational Suppliers Association (BESA) the trade association covering the UK educational suppliers sector has unveiled its updated Code of Practice. It is the result of a year-long consultation with industry and schools to understand what assurances schools want when buying products and services.

As a mandatory membership commitment given by members to BESA – which represents over 300 of the UK’s world-leading education suppliers – each member is expected, as a condition of membership, to meet the ethical standards provided for in the Code. Only companies who sign up to the Code of Practice, updated to include issues such as safeguarding and data security, can use the BESA “tick” logo on their marketing materials and websites.

Caroline Wright, Director General of BESA, said: “Schools have long looked for the BESA logo when deciding which companies to procure from, as it is a clear indication that they are providing quality products and services that they can trust.”

“The updated Code of Practice reflects BESA members’ desire to ensure they are always at the forefront of offering the highest quality of products and services to schools around the world, and providing a world-class customer experience.”

The BESA Code of Practice offers schools assurance in five key areas: Quality and Standards, Transparency and Openness, Integrity, Safeguarding and Data Security and Discriminatory Conduct. It is available to view in full here. 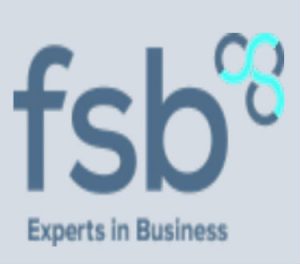