The Verdict: Making CRM and Web Projects Work in the NFP Sector 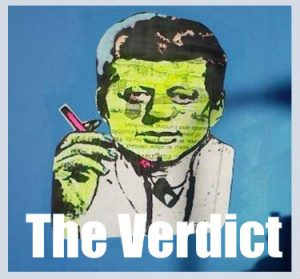 In the olden days – and possibly even today CRM suppliers tended to assume that NFPs were simple organisations. They are not. They require just as much time to understand and unpack the ways in which people work, and the system they employ, as more complex businesses. But in their naivety many under-estimated the time and budget required. Which resulted in budget over-runs, suspicion, and friction on both sides.

Hart Square often gets involved in ‘salvage’ situations. Picking up projects that have already gone a bit wrong. “Although this is a mature market place, projects still go wrong. Even in 2017”, says Allen Reid, their director of client projects. And referring to their research report, CRM Projects: Why do they succeed or fail, delineated the main reasons for failure. They include: poor definition of business requirements / process designs; lack of clear goals and objectives; poor or missing functionality; and lack of adoption because of lack of time or focus on implementation.

But, the fact only thirty-nine percent of poll respondents blamed the IT system they used for their disappointment, seems to show that success depends more on what preparation was done internally than the bits and bytes of the technology.

So, when a large group of delegates from diverse NFP organisations gathered last week to share their experiences of implementing CRM solutions, it came as no surprise that they ranged from examining the business case, through implementation, to a very few nursing post-project regrets. CRM and website integration featured in over fifty percent of their projects!

Felinesoft are a fifteen year old business employing a forty-plus strong team based in Bristol. They focus on user centred design and long term partnerships. Their long client list includes businesses from the charity and membership sectors, as well as the worlds of education, creative, travel, automotive, and finance.

Neasa Foley, from Felinesoft, recommended identifying an empowered individual who will own and manage the project roadmap – the product owner – as opposed to a project manager. Their  strength should lie in their dedication to the role; their ability to make decisions at the right level without having to request sign-off; and their access to senior management and those setting strategy. They must have access to all stakeholders, but be non-partisan. So not necessarily sitting in any department.

Chris Holmes, from the British Association for Counselling and Psychotherapy, reflected on his experience. Both as a client of Felinesoft and Hart Square, and as an organisation about to ‘go live’ with a new project that had been many months in its development.

His last CRM project went live in 1998, and his calculation was that less than 10% of the current workforce were actually using the system. The others had become adept at developing work-arounds or used one or more of the seventeen websites developed over time by different departments. The process had seen them discard 100,000 old website pages!

Hart Square had presented him with organisations that he had never heard of but, having selected Felinesoft, they had viewed the project as a business process experience, not as an IT project. Jointly they had recognised that their competitors were not in-fact other associations, but small organisations with agile systems.

Running the project through the organisation’s Risk Register had brought the senior management team together. Never thinking of his dealings with Felinesoft as a contract / contractor relationship, embracing the criticism of the organisation, and vowing never to be a block to progress had stood all parties in good staid.  His principle success criteria being that everyone will use the system from day one! 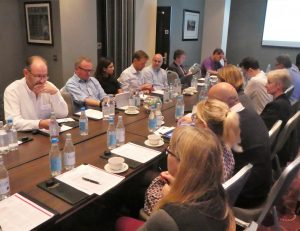