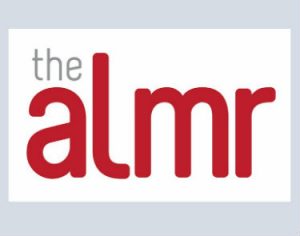 The ALMR has responded to the publication of the Scottish Government’s review of non-domestic rates welcoming steps to streamline the rates system for businesses but calling on both the Scottish and UK Governments to push forward with further reform.

The Barclay review was last year commissioned to chair a review into the non-domestic rates system in Scotland to better support business growth, long term investment and reflect changing marketplaces. Kenneth Barclay’s today makes a series of recommendations for the reform of business rates in Scotland, including:

An increase in the frequency of revaluations to every three years from 2022; targeted reductions in bills to help retain shops in town centres; a cut in the supplementary charge for large business premises, in line with England; a legal duty on businesses to provide information for assessors; and, an extended 12-month period of rates relief for businesses investing in expansion.

“An increase in the frequency of revaluations is welcome, to keep the system as responsive and accurate as possible. And the relief for those businesses that have invested and expanded makes a great deal of sense and is something the ALMR has been pushing for. It is illogical and unfair that businesses that have invested time and a great deal of money in to expanding, employing, and renovating and reinvigorating businesses should then have to face a massive rates hike.”

The review’s remit requirement to safeguard revenue neutrality of business rates prevented it from recommending linking increases to CPI inflation, something for which the ALMR has also pushed. Nevertheless, the report included that option for consideration, following “widespread enthusiasm” for CPI linkage.

“The principal of revenue neutrality is a double-edged sword; eating and drinking out businesses have suffered increased bills at the expense of reductions elsewhere. The review clearly wanted to fully recommend a sensible move towards using CPI to measure increases, which would ensure a more responsive and fairer system for businesses.

“There are some good first steps here, but this must be the launch pad for further action and large, root and branch reform of the system. Westminster must also take some inspiration from this and undertake the full review of business rates that was promised at the Spring Budget and included in manifestos before the election.”