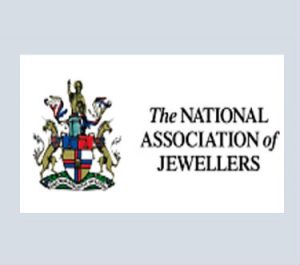 In a response to the current economic environment – and as reported in edition 245 of ASSOCIATION NEWS – the National Association of Jewellers has announced a partnership with Made in Britain. The organisation claims to represent more than 1000 UK makers across 40 product sectors with one universal manufacturer’s marque. The affiliate agreement will give NAJ members the opportunity to use the Made in Britain marque at a preferential rate in 2018.

Members manufacturing in the UK who sign up to scheme will benefit from publicity on both the NAJ and the Made in Britain websites and the right to use a proposed optional mark on the jewellery itself. An initial outline terms of licence was signed at International Jewellery London on Monday 4th of September, and manufacturers, designers and retailers can now register their interest.

Hallmarking is one of the oldest pieces of consumer protection legislation in the UK, and is designed to provide consumers with a clear indication of the quality of gold and other precious metal items.

Until 1998, a Hallmark consisted of four compulsory marks.  Since 1998 a date letter has become optional but the other three symbols remain compulsory, and indicate: who made the article; its guaranteed standard of fineness; and the year and Assay Office, at which the article was tested and marked.

The NAJ’s plan is to introduce a ‘Made in Britain mark’ for jewellery manufactured in the UK in the hope that a country of origin mark on British-made goods will help boost sales.  The clothing sector has long realised the cache of promoting its British made products – particularly in the luxury sector – and NAJ hopes that British named jewellery will carry similar kudos in overseas markets.

Hallmarking in the UK is performed by four government approved assay offices. Whilst some have made positive noises in support of the initiative, a concern would be that there would be a confusion with Hallmarking. Uncertainty also hangs over the precise definition of what qualifies as ‘British’, and how the use of the mark would be policed overseas.