The Department of Environment, Food and Rural Affairs have published their new strategy to tackle litter in the UK which includes the creation of a working group on the feasibility of a deposit return scheme for bottles and cans.

The strategy, announced on April 10th by Environment Secretary Andrea Leadsom, states that a working group will be created to “consider regulatory options and measures to target particular types of item or product. For its first piece of work, Ministers will ask the group to consider the advantages and disadvantages of different types of deposit and reward and return schemes for drinks containers, and to provide advice by the end of 2017.”

ACS and SGF (the Scottish Grocer’s Federation) have strongly opposed the introduction of a deposit return scheme due to the significant time and cost burdens that such a scheme would place on retailers.

Association of Convenience Stores chief executive James Lowman said: “We welcome the opportunity to discuss effective ways to tackle litter with the Government and other industry experts, but have serious concerns that a deposit return scheme would place heavy time, cost and resource burdens on convenience stores. Our research shows that 70% of consumers prefer to use their existing kerbside recycling facilities, demonstrating how unnecessary and ineffective a deposit return scheme would be.”

ACS and SGF have commissioned independent focus groups with retailers and consumers in England, Wales and Scotland to investigate the feasibility of a deposit return scheme. The overwhelming view from retailers was that the schemes would be impractical to implement due to the space that a scheme would demand in store (both from the perspective of a reverse vending solution and a manual return solution) whilst creating create a logistical nightmare for staff who may have to accept large volumes of recyclable material instead of serving customers.

Focus groups with consumers also found problems with a possible deposit return scheme. Among the groups, it was evident that at home recycling is being used by consumers, and that the barriers to recycling would not be solved by DRS – instead the focus should be put on improving the existing kerbside facilities and making more packaging recyclable.

Polling of 2,000 UK adults conducted by Populus in March shows that 70% of consumers prefer to use their existing kerbside recycling facilities. Consumers also responded that they were likely to recycle more if more packaging was recyclable (37%), packaging was more clearly labelled as recyclable (35%) and recycling household collections took a greater range of recycled goods (29%).

Mr Lowman continued: “Where measures are clearly effective and not a burden on retailers, we have given our full support. ACS has consistently been in favour of extending the 5p carrier bag charge to all businesses (not just those with over 250 employees), a measure that has already reduced bag usage by several billion since its introduction.” 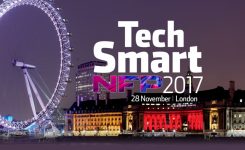 Movers & Shakers: On The Move

Movers & Shakers: On The Move