Applications have just closed for the post of CEO of Music Mark, the UK Association for Music Education, based in London.

Music Mark is a membership organisation, subject association and strategic lead organisation for music education. It aims to enable its members, and the wider music education sector, to deliver high-quality musical and social outcomes for all children and young people. For the new CEO this is an excellent opportunity to lead The UK Association for Music Education through the next phase of its development. Adaptability, creativity, strategic thinking, and business aptitude are all pre-requisites. As well as a passion for education and the arts. Outstanding leadership goes without saying, and the new post holder will also be engaged in developing and maintaining relationships with all who hold a stake in the strategic planning and operational delivery of music education as part of a broad and balanced education.

The National Association of Head Teachers (NAHT) has announced that Paul Whiteman has been elected unopposed and is confirmed as General Secretary Designate until he takes over as General Secretary from 1st September. The recruitment process has been exhaustive and Paul was unanimously endorsed by both the recruitment panel and National Executive. He replaces Russell Hobby who was in post for the past seven years.

Whiteman has been NAHT’s Director of Representation & Advice for the past five years and is keen to build on the excellent service we provide for members, and maintain the strong, professional community of leaders that is the cornerstone of NAHT’s reputation. NAHT will continue to be recognised as the clearest voice in the education debate in the UK and under his leadership the association will continue to use the respect it has with parents/carers, policy makers and partner organisations to effect real change for leaders and learners everywhere. Hobby and Whiteman will work together in the coming months to ensure a stable transition.

The Trustees of the Royal Institution – which has been at the forefront of public engagement with science since 1799 – have appointed Professor Sarah Harper to lead the organisation as its Director. Professor Harper is Professor of Gerontology at the University of Oxford and founder of the Oxford Institute of Population Ageing, having previously held senior academic positions at universities across USA and Asia. She has worked extensively with the Government Office for Science, serving on the Prime Minister’s Council for Science and Technology and contributing to UK government and European-wide strategies on issues such as ageing, population change and education.

Made up of academics specialising in ethics, social science, law, policy-making, and big data and algorithms, the group will be responsible for driving the Institute’s research agenda in data ethics, and working across the organisation to provide advice and guidance on ethical best practise in data science. The group will work in collaboration with the broader data science community, will support public dialogue on relevant topics, and there will be open calls for participation in workshops later this year, as well as public events.

Luciano Floridi is a Fellow of St Cross College; Distinguished Research Fellow of the Uehiro Centre for Practical Ethics; Research Associate and Fellow in Information Policy at the Department of Computer Science; and Member of the Faculty of Philosophy. Outside Oxford, he is Adjunct Professor (“Distinguished Scholar in Residence”) of the Department of Economics, American University, Washington D.C.; Faculty Fellow and Chair of the new Data Ethics Research Group of The Alan Turing Institute.

Commenting on his appointment Luciano Floridi, said “We are all aware that digital data innovation is transforming our society very rapidly and profoundly. The opportunities as well as the challenges require more thinking, more collaboration, and more foresight about the ethical questions we are facing. I hope the newly established Data Ethics Group will play a significant role in such an exciting context, and I am honoured and delighted to coordinate it.” 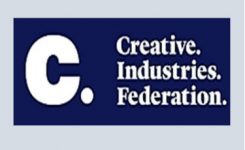