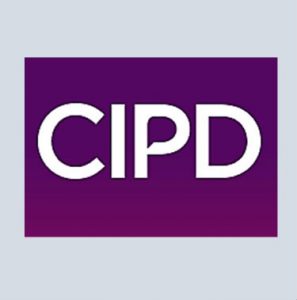 The CIPD, the professional body for HR and people development, is a not-for-profit organisation that champions better work and working lives. It has 140,000 members across the world, provides thought leadership through independent research on the world of work, and offers professional training and accreditation for those working in HR and learning and development. The High Pay Centre is an independent non-party think-tank established in 2012 to monitor pay at the top of the income distribution, and set out a road map towards better business and economic success.

The CIPD and the High Pay Centre report examines FTSE 100 CEO pay packages, which show that rewards at the top have dropped by almost a fifth, but still remain extraordinarily high. CEO pay in the UK’s largest firms has fallen by 17%, from £5.4 million in 2015 to £4.5 million in 2016. However, while there has been a significant drop in CEO pay, it would still take the average UK full-time worker on a salary of £28,000 (median full-time earnings) 160 years to earn what an average FTSE 100 CEO is paid in just one year.

The gap between highest and lowest FTSE 100 pay packages has closed, as companies ‘chase the median’. Average pay packages of the 25 highest paid CEOs have dropped by 24% to £9.4 million in 2016. Conversely, the 32 lowest paid CEOs in the FTSE 100 have seen an increase in their overall package. The squeeze is largely down to one individual, Sir Martin Sorrell, whose pay package has dropped significantly from £70.4 million to £48.1 million in 2016. If he were excluded from the analysis, the fall would decrease from 17% to 15%.

While the overall trend has been downwards, there are exceptions. Some of the biggest pay climbers this year include: AstraZeneca’s Pascal Soriot, whose total pay package rose by almost £5 million to £13 million this year; CRH plc’s Albert Manifold, whose package virtually doubled from £4.07 million to £8.05 million; Carnival plc’s Arnold Donald, whose package almost quadrupled from £6 million to £22 million; and British American Tobacco’s Nicandro Durante, whose total pay package rose from £4.5 million to £7.6 million.

Mark Cutifani, CEO of AngloAmerican, saw his pay package rise by half a million to £4.0 million despite the number of fatalities among the workforce increasing to 11 fatalities, compared with six last year.

The CIPD and the High Pay Centre look forward to seeing the Government’s responsible business reforms when they come out later this year.