ProInsight Workshop Spring 2017…the AN verdict! 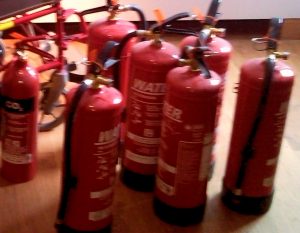 Introduction: I used to run a Trade Association. Opening up the office after the Christmas shut down a few years ago I discovered to my horror that a small electrical explosion caused by a power surge had burnt out the main fuse box and deprived us of heat, light, switchboard, and computers. It already felt like a disaster! But the argument about liability between the electricity board, energy supplier, and contractor would take days to resolve, and result in no power for a week.

Packing the staff off for what we thought would be an extra day`s holiday, and thanking our lucky stars the whole place hadn`t burnt down, a colleague and I settled down in the cold to manage the recovery as best we could; literally working in the dark to resolve the problem. With year-end accounts and membership renewals in full swing it couldn’t have happened at a worse time. But a lucky break came with the chance discovery of one top floor power socket that was unaffected. As – being an old building – it was probably connected to next door`s supply! So, with the aid of a long extension cable, we powered up the servers and key colleagues were able to use remote access connections (the one thing we had planned for) to return us to some semblance of normality – at least to the outside world!

Now, how likely it is that we could have anticipated the catalogue of other people`s errors that led to this incident is a moot point. But it shows just the kind of risks that lurk around every corner. And it was illustrative of Dr Sandra Bell’s presentation on ‘Building Organisational Resilience’ at the recent ProInsight Spring Workshop.

Dr Sandra Bell: Dr Bell, with an impressive CV as a defence scientist, former Chairman of the British Standards Institute’s committee on Societal Security Management, and advisor to UK Governments on the creation of the National Security Strategy and the National Information Assurance Strategy, urged her audience of ProTech clients to be pragmatic.

Resilience is the capability to absorb the impacts of a disaster, maintain as much function as possible, and make certain that failures occur in a controlled way.  This permits as rapid as possible reestablishment of optimized business function. Damage is minimal – disruption may be huge.

While 72% of companies maintain resilience policies at corporate level, and the likelihood of getting guidance from above in an emergency is limited, it is vital for trusted people on the ground to have the ability (having been thoroughly drilled) to adapt in response to a stimulus. Her mantra – learned the hard way from mistakes, mishaps and the occasional stroke of luck – is keep it real, in terms of relationships and resources; don’t be a victim (making decisions is easier when your values are clear); and innovate what matters and control the rest.

Jenny Parsons: In her session Jenny Parsons, chief operating officer for ProTech, introduced the group to Neuro-Linguistic Programming, a discipline that encompasses the three most influential components involved in human experience: neurology, language and programming. It offers numerous models, theorises how people make sense of the world around them, and how their language patterns can suggest clues to the internal representations people are making.

Its value, for proponents, is in recognising when people are having a positive or a negative response to change, and how they can be supported in adapting. ProTech utilises NLP in our Lean3S business transformation methodology.

Kris Watkins: Conceding that the launch of Pro9 may come as an unexpected surprise – as Pro10 has already been discussed – Kris Watkins, Development Manager, outlined its new features. Designed, in part, to consolidate functionality, reorganise search criteria, and standardise the design across the piece, Pro9 is a transitional step towards Pro10. It will be provided free of charge for existing clients from mid-July, and features a new vertical menu layout, and a new dashboard style opening screen to consolidate data in one place. There is no intention of withdrawing support for Pro8, but new features will now be added to Pro9 not 8, although that will continue to be bug-fixed for the foreseeable future.

Pro10 on the other hand will conform to the software as a service (SAAS) model, will be cloud based, scalable, secure, and high performance. The concept is very much ‘pay-as-you-go’ with use measurement and metering, and ProTech clients will evolve into tenants. Whilst going cloud based will give access anywhere, provide scope for remote deployment, and make it scale-able in line with growth.

Security is another big issue and, whilst there will be some resources shared between clients, their data will be kept in isolation. The pre-requisite of high performance will be easier to achieve because it is being built in at the design stage. As is enhanced user satisfaction brought about by improving the usability, accessibility, and pleasure provided in the interaction with the product.