Law & Order: Power of CSAS Without the Powers 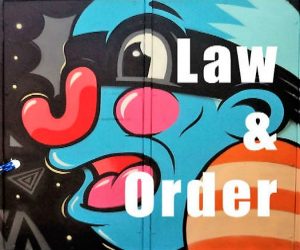 Power of CSAS Without the Powers

Stop a cop in the street and ask them what they know about CSAS? Chances are the majority won’t have the foggiest! CSAS – Community Safety Accreditation Scheme – came into force with the Police Reform Act 2002, essentially providing chief officers of police the opportunity to endow certain basic policing powers upon individuals drawn from the ‘extended police family’. Indeed, climb the police hierarchy and the knowledge of CSAS will be vague too.

In a previous life my introduction to the notion of the extended police family was as a community inspector circa 2002. I acknowledged the need to collaborate with the other emergency services and the local authority although, if totally honest, got a little twitchy if the net was cast further. The private security industry? What did I know about that? And how reliable was this sector? I had met door-staff (colloquially known as ‘bouncers’) outside of the numerous drinking establishments in Slough, Berkshire but other than being thankful that I didn’t have to perform their role what did I really know and was my limited knowledge tinged with a degree of suspicion?

Historically, I could trace the term bouncer back to the early 1980s when I joined as a naive 19-year old. Carlton Leach, an ex-convict and doorman, graphically describes the early 1980s burgeoning London nightclub scene which saw many criminal enterprises recruit ‘hired muscle’ to protect their business interests, many from the then notorious West Ham United hooligan fraternity nicknamed the ‘Inter City Firm’, owing to their regular use of the national railway networks (rather than supporters’ coaches) to ply their violence across the country. The unregulated application of physical intervention (hands on) was often brutal, excessive and wholly illegal. The expression ‘bouncer’ was synonymous with door security and such was the success of this deployment that the subsequent ‘rave’ scene and associated drugs culture of the late 1980s and early 1990s was protected by this criminality, especially across the capital and parts of Essex. That was until the gangland killings of Tony Tucker, Craig Rolfe and Pat Tate in the notorious Rettendon Murders on December 6, 1995 resulted in a more proactive stance by the police and latterly the Government in terms of legislation and the incorporation of the Security Industry Authority (SIA). So, forgive me again if I felt somewhat inclined, at that moment in my life, to keep the private security industry at arm’s length! And perhaps, understandably, that thinking may still permeate the dizzy heights of some senior police officers today.

The SIA (https://www.sia.homeoffice.gov.uk) has, whatever the doom-mongers say, cleaned up the industry and provided a qualification framework. However, prejudice or healthy scepticism remains and CSAS may, unintentionally, feed into this notion. The list of prescribed powers including, among others, the right to issue fixed penalty notices, remove abandoned motor vehicles and directing traffic are quintessentially the preserve of the police. And letting go has never been that easy for this section of the domestic criminal justice system! However, letting go can mean freeing up precious police resources, at a time when the squeeze on operational policing has never been so fraught. I have been involved in several high-profile projects where ‘letting go’ and trusting in CSAS has led to significant opportunities for the police.

For instance, the taxi compliance team at Transport for London (TfL) had, prior to the accreditation of appropriate powers, to rely on a uniformed team of Met Police officers to stop vehicles in order that compliance checks could be conducted. Fast forward and today the TfL operatives, following accredited training, do the same job resulting in an agile deployment of staff whilst freeing up the Met officers to tend to other pressing issues within the capital. Ultimate Security now effectively provides community enforcement and a uniformed presence at the London Bridge Quarter thanks to the vision of Julian Roche and Hazel Cole, whilst also managing the free flow of traffic around the busy transport hub at Victoria. On a national basis CSAS-accredited traffic management companies effectively manage the road network at many of the blue-ribbon events taking the heat off many local constabularies. Perhaps many years ago I could have been more effectively deployed in my ill-fitting helmet and reflective jacket than at the horse crossing at Royal Ascot!

Best in class examples of local authority CSAS projects can be found in the London Borough of Croydon, and Basingstoke and Deane Borough Council. In the former, under the first-class stewardship of Paul Ratcliffe and Dermot Linehan, enforcement officers have significantly reduced the burden on the local police for over eight years in relation to numerous examples of anti-social behaviour. Similarly, in Hampshire, under the consistent direction of Samantha Charlton, matters relating to littering, abandoned vehicles and fly-tipping are now the remit of the community safety patrol officers. In both cases resilience has been enhanced significantly to create, arguably, the real fourth emergency service, with well-trained bronze commanders where they matter; at the heart of the local community.

For those senior officers who may still be less than compelled to see CSAS as an effective cost-saving enterprise then rest assured that the checks and balances, as to suitability and capacity, are carried out by the astute Ken Meanwell who heads the compliance and company vetting process on behalf of Police CPI Limited. The checks are intrusive and do not always result in a recommendation. Furthermore, the Achilles heel of training is resolutely confronted by Ken who will only authorise a finite list of approved training companies that meet both the rigours of the standards set by the College of Policing and the requirement for individual forces to maintain the final say and rightly identifies the need to assess accredited persons via demanding, and often videoed, simulations where knowledge and application can be rigorously tested. After all, once deployed CSAS operatives need to protect the reputation of the host police area. So, if there is a risk it is substantially reduced and more so with the vetting of staff the preserve of the chief officer of police and mandatory reviews of training and capability are built in too. As TS Eliot said, “Only those who will risk going too far can possibly find out how far one can go”.

But how about if the risk is reduced even more? Many organisations, both public and private, have procured CSAS training from TFS, benefiting from the unique, flexible learning pathways, only to decide that the need for powers is somewhat irrelevant. The power of CSAS without the powers? How can that be?

According to the Home Office the ‘concept of the extended police family has great potential to enhance performance, community safety and engagement, improve service delivery and to introduce new ways of working’. Enforcement forms only a small proportion of what CSAS can achieve. Indeed, the eight core mandatory training units don’t even touch prosecution! Decision-making, diversity, interpersonal skills, recording evidence, risk assessment, incident management and managing conflict are the headline outcomes. In many operational circumstances the ‘eyes and ears’ are individuals working both within local government and private security.

First at the scene at a community emergency will often be the same. Wouldn’t it be far more reassuring for the local police chief to know that such incidents will be better managed and protected in the short-term by those trained within the key CSAS disciplines? Intelligence driven policing requires healthy community engagement. ‘Odd incidents’ often remain within the consciousness of those public servants who patrol our streets on a more regular basis than beat officers. I recall vividly during field research with the London Borough of Hounslow the crew of a refuse truck pointing out that a resident who regularly greeted them had failed to appear. Following closer scrutiny an ambulance was called and the injured party was taken to hospital.

In July 2005 the capital came under terrorist attack. In the Report of the Official Account of the Bombings in London on July 7, 2005 it concluded that no great expertise was required to assemble the deadly devices that were manufactured at 18 Alexandra Grove, Leeds a modern ground floor flat in a two-storey block next to the Leeds Grand Mosque. The chemical mixtures would have smelt badly enough to make the room very difficult to work in and a pungent odour would have been a likely outcome. There were additional signs that the bombs were made including the fact that the windows were open but the net curtains had been taped to the walls to avoid the occupants being seen. The fumes had also killed off the tops of plants just outside the windows. The mixtures would also have had a strong bleaching effect. The families of two of the bombers had noticed that their hair had become lighter over the weeks before the attacks. They explained this as the effect of chlorine from swimming pools. There were shower caps at premises which may have been used during the manufacturing process to try to disguise this.

What if these ‘odd’ aspects had been considered by a CSAS operative trained and cognisant to community intelligence gathering? I firmly believe that CSAS has a more important role to play within the collection of community intelligence and the freeing up of valuable police resources. Sure some powers are helpful in certain circumstances albeit the CSAS badge would be better used and judged as a quality mark in terms of enhanced operational capacity and capability.