Associations have always adapted to change. Time was when they encouraged actors in a particular trade or industry to gather together under a shared identity, partly to validate their supposed expertise, and partly to exclude those deemed less worthy. So, if we’re honest, protectionism and elitism played no small part in achieving credentials, and arcane rules re-enforced by mystifying etiquette were fashioned, which rendered those inside the tent unassailable, and those outside beyond the pale!This kind of `gentlemen`s club’ mentality where simply belonging was in itself enough to justify the fee – survived in various forms until the end of the last (twentieth) century. Some associations also managed to build a quasi-official carapace around themselves, and further strengthened their position by assuming the mantle of gate-keepers: granting access to industry data and information to the privileged few.

Members were also encouraged to believe that their status granted them the ear of government. Indeed, in 1996 the Department of Trade and Industry (DTI) appeared to confirm that view with the publication of its best practice guide for The Model Trade Association. The DTI is long gone but that document remains the bedrock of many associations, cementing the notions of best practice, bench-marking, and competitiveness in their psyche.

The turn of the century saw companies` growing more concerned about trust issues and the protection of their reputation. Collectively, reputation management became a function of trade associations, achieved by furthering members’ interests with stakeholders like regulators, industry analysts, employees, suppliers, and the media. And, in response to common reputational problems brought about by industry-wide crises â€“ like pollution, slave labour, or blood diamonds – competing firms tried to stave off aggressive government legislation through the development and enforcement of self-regulation.

Commercially, associations also attempted to influence any regulatory or trading conditions that adversely affected their members, by providing a platform for collective representation and lobbying. In reality, the so called ‘level playing field’ involved seeking favourable rules like tax breaks, subsidised research and development, or relaxed employment practices. Promote and protect was, and still is, the stated or implied motto of many associations.

However, over the last decade, the big story has been the rise of digital and the evolution of organisations to meet their members’ changing expectations. Data is now freely available to all; associations aren’t the only conduit for communication between stakeholders; and businesses are increasingly reluctant to pay to simply to `belong`. Faced by shrinking membership fees, and keeping up with members’ demands for instant access to resources and training, some associations turned to sponsorship, exhibitions, group buying, financial benefits packages, and other monetised relationships to fill the financial gap. The most successful ones have managed to continue updating and innovating – make the transition to e-learning, develop digital products – and make all their services accessible online! But how much longer can they keep ahead of the curve?

Emerging, or disruptive, technologies have the capacity to alter our lifestyle, what is understood by work, business and the global economy. Disruptive innovations create new markets and value networks and eventually dislocate the existing ones, while simultaneously displacing established market leaders and alliances. The interesting thing about the current crop like Airbnb – is that they achieve this without being subject to any of the traditional infrastructure costs and limitations.

So, as social media has already undermined the logic behind at least one of their key functions communication – how long will it be before someone applies the `Uber’ model to trade association procedures: undermining established practice; regulation; and tradition? And how will associations represent the interests of members who find themselves displaced by, or in competition with, others driven by disruptive technology?”

The Charities and Associations Exhibition

The Charities and Associations Exhibition 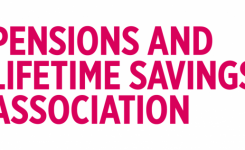