Before the headline-grabbing taxi App misappropriated the word for its own purposes über – the German prefix – had become a term to denote something outstanding or supreme! Its current connotations are with disruptive technology. But, in either context, it’s a useful word against which to measure membership organisations…
Technology that upsets the status-quo isn’t new. It’s been around since before the industrial revolution. Jethro Tull’s horse drawn seed drills and hoes put the cat amongst the eighteenth century’s agricultural pigeons. While in the nineteenth, spinning frames and power looms inadvertently gave us ‘Luddites’, the derogatory term for opponents of labour-economising technologies.

But things have moved on apace with the advent of digital technology, and it’s surprising quite how many of our transactional relationships have been affected by new digital platforms: the so-called disruptive technologies. A disruptive innovation is one that creates a new market and value network and eventually disrupts existing ones, displacing established market leaders and alliances. But the interesting thing about the current crop is that they achieve this without being subject to any of the traditional infrastructure costs.

So, Uber is the world’s largest taxi company but owns no cabs. One of the largest accommodation providers – Airbnb – doesn’t have a hotel room to call its own. Whilst SKYPE and WECHAT have no wires or exchanges, and ALIBABA, the world’s most valuable retailer, has no inventory. The list goes on! In fact, they have become so disruptive that government inquiries into online platforms have been asking, why are collaborative economy platforms growing so quickly; what are their implications for employment law and health and safety regulation; and how does consumer protection law apply? Who is regulating them? Is it the EU, the Member State or even the local authority?

Those are all good questions for associations to ponder too! But don’t let’s be fooled into thinking that disruptive technology is only about market dominance via digital platforms. Genomics, 3D printing, advanced materials, advanced oil and gas exploration and recovery, and renewable electricity are also on the top twelve list of developments poised to dislocate us.

So what, if the world’s most popular media owner – Facebook – not only creates no content, but also brings special interest groups together in a way associations previously regarded as their forte? That LinkedIn has already knocked the dynamics of recruitment off kilter, and Amazon has dealt an almost mortal blow to traditional booksellers? Clearly there is no going back, and hankering after the past is no help.

Industry sectors atomized by disruptive technologies will adapt, but they will require a very different set of benefits from their associations. And they in turn will require different skills, finance, and governance to match their members’ needs. Are associations up to the task? Or even thinking that far ahead? What do you think? 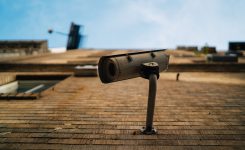