New Appointment to Association of Noise Consultants Board 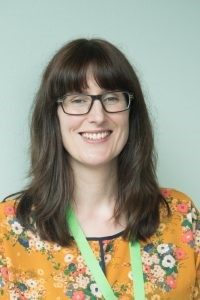 Increasing training opportunities in acoustics and continuing to develop professional standards are among the key priorities for Anne Budd following her election to the board of the Association of Noise Consultants (ANC).

Anne joins the leadership team after being appointed at the trade association’s AGM – and is the first woman to be elected to the board in its 45-year history. Throughout her career, which spans 21 years in the acoustics sector, Anne has played an active role in the industry. She is a member of the Institute of Acoustics’ Building Acoustics Group, the Acoustical Society of America and the Women’s Engineering Society.

In her position on the ANC Board, Anne is particularly keen to give a voice to the small acoustic consultancy members located in the regions.  Anne said: “During my time on the board I hope to represent the voice of the micro-acoustic consultancy.

“We face very different challenges to the larger SMEs and multi-disciplinary – in some cases multi-national – firms based closer to the capital, in areas including recruitment and in developing training and education opportunities.

“I am looking forward to working with the other members of the ANC board on this and other industry matters over the coming years.”

Anne, a BEng Electro-acoustics graduate from the University of Salford, started her career in 2000 at Bruel & Kjaer’s headquarters in Copenhagen, where she was an application specialist for the electroacoustics team and product manager for the ear and mouth simulators.

In 2002 she joined Professor Bridget Shields’s team at London South Bank University as a research assistant, investigating room acoustics in classroom environments and their effects on children and teachers.

Anne’s career then took her north in 2005 to Scotland where, six months after joining New Acoustics consultancy based in Clydebank, she became a director of the company. Today Anne is the company’s majority shareholder, and is responsible for all aspects of its technical work and administration.