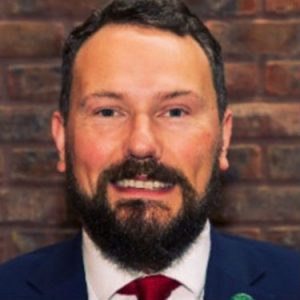 Simon won the Trade Association Chief Executive of the Year award in 2016 and most recently ran the British Pest Control Association the trade body for public health pest control. He has over 22 years’ experience in strategic-level association management.

Beginning his career in the NHS, Simon moved to a senior management role in a professional body in the mid-1990s. He has subsequently worked for institutions and associations in the healthcare, business tourism and construction sectors.

Simon has a BSC in Environmental Science, and an MBA from Birmingham City University, specialising in association development and innovation in not-for-profits. He has been a Board member at the Institute of Association Management since 2013 and will assume his new role in January 2018.

Reflecting on his appointment, Forrester said:

“I am honoured and excited to be appointed CEO of the NAJ and have the opportunity to work with the very experienced National Committee, dedicated staff and committed industry members of the organisation. I look forward to working closely with all members to create and deliver integrated services that meet their needs. My key priorities are to learn more about our membership, engage them with compelling benefits, work with the whole industry to advance the cause of our sector, and develop our team to address the challenges we face in the years ahead.”

Law & Order: Power of CSAS Without the Po...

Law & Order: Power of CSAS Without the Po...